On the evening of February 23rd, Cheen Piney gave a talk at Oyster Bay about his art. If you’ve spent much time in Second Life you’ve probably seen some of his work. 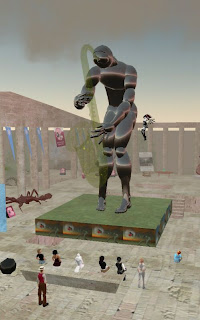 His sculpture is usually created with a multitude of prims, which he applies in a manner similar to that of a real life sculptor applying pieces of clay.

Cheen creates sculpture in real life and when he came to SL he was totally hooked by the 3D building. He said that he has taken many building classes and that the place which has helped him most is the Ivory Tower of the Prim (a first rate illustrated and self-guided tutorial on building in SL).

He first began selling his work in SL at garage sales, then he entered a few contests and with the money earned from those he rented space in shops. Later he advertised that he would do work on commision which he is doing to this day. During the course of the talk he showed us examples of some of these, along with other sculptures he has created. 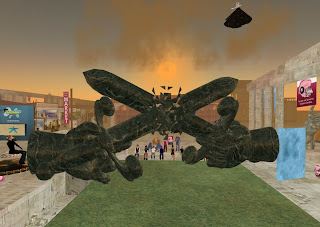 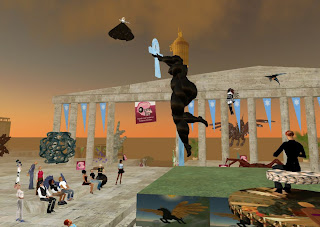 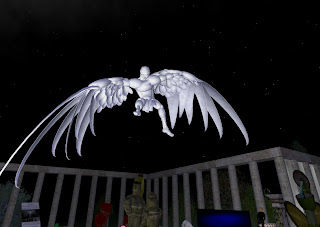 “The medium really dictates what I do to a great extent. some of the shapes, especially with the torus, are very fluid and lifelike.”

“…the medium is prims. But the many ways to manipulate them are very exciting and the ability to view the piece from so many angles helps tremendously.” 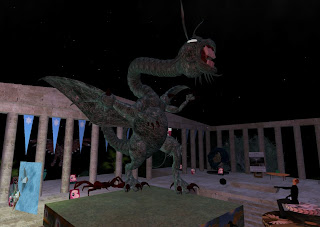 This was the second in a five-part series of talks being given by Second Life artists at Oyster Bay.