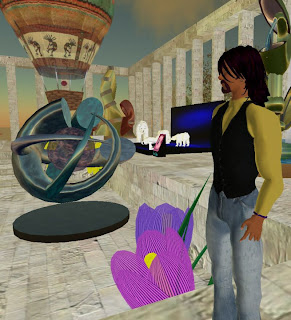 Tonight at Oyster Bay Aquarium and Sculpture Garden, Sunn Thunders gave a talk about his life as an artist and teacher in SL and showed some his newest creations. 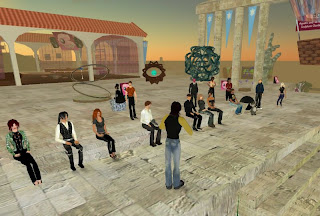 In his early days in Second Life he was impressed by the artwork he saw and was surprised at how much sculpture was on display. He wished to create as well and took about every building class that was offered.

Sunn is now a teacher at the Academy of Second Learning where he teaches a creative building class and a class on making hot air balloons, several of which were on display here at Oyster Bay. I've taken his "Rustic, Changing Style" class a couple of times so far and I highly recommend it. 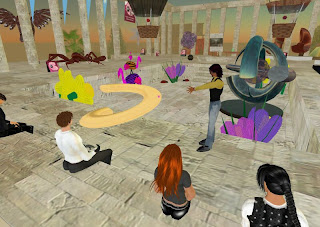 During the course of the talk Sunn gave a demonstration of his sculpting technique, which is to start with a single prim, modify it, modify it some more and follow whatever ideas come to mind. 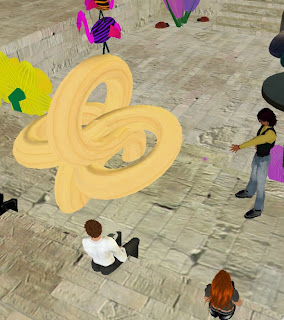 As the crowd looked on, he created a very interesting, colorful and complex shape directly in front of us, explaining what he was doing and answering questions as he went. 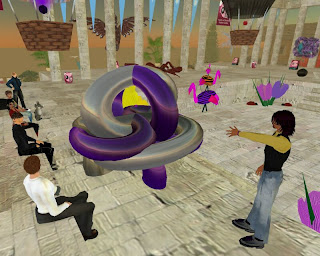 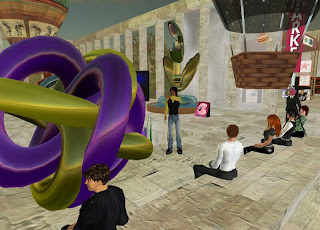 Currently his work can be seen at Oyster Bay and Blekinge Sculpture Park. Sunn likes to hang out at ASL and build as well as teach so you may run into him there.